We rode the next couple of days after Eugene through hot hot hot heat. It got up to almost 105 degrees and we would just soak our shirts in water to be able to withstand the heat. Thank goodness for swimming holes too! Champoeg State Park was the gorgeous location and still to this day, one of my favorite campsites. It is settled on the Willamette river and we had plenty of time for swimming and for hanging out. The hot heat really made the cold water enjoyable. 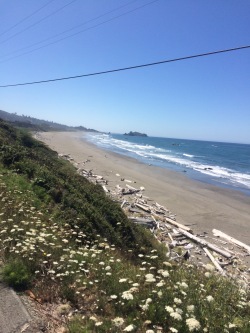 Inland Oregon has been difficult for us because the cars are not as friendly or accepting of cyclists. For example, my friend Nate and I were riding side by side enjoying music and riding together as we always do. Then, out of nowhere, a large truck came by and let go of exhaust into our faces and there was such an intense plume of black thick smoke we immediately stopped in our tracks. It was such an aggressive way to approach us and certainly dangerous. 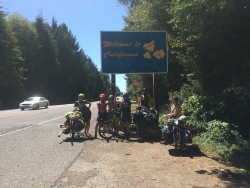 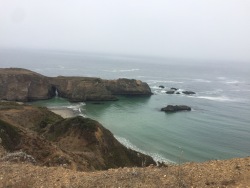 It makes me sad that people feel that way about us and cowardly drive away without engaging or knowing us. There were also people around this area as well that would yell “Get a job” and once I even got spit on. I think that this is such a small population of people that feel this way. Don’t get me wrong, we get way more positive attention and applause but there are dark sides to sharing the road with everyone, and especially motorists. Many people feel like we are getting in their way and that we should not be able to use the roadways.  I disagree of course! 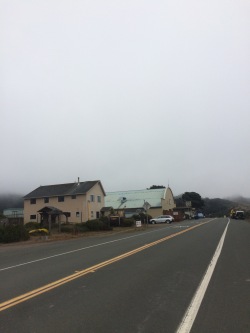 We saw these cute guys in Elk, California on the coast. I kind of fell in love! What a pair!

We were happy to finally arrive at the coast as it brought cooler temperature and different terrain. We loved seeing that coast, large boulder rocks coming out from the ocean. The sound of the waves, and the bright starlit sky! Incredible! Lots of camping, sharing food and riding. I found that people on the coast were more used to cyclists and more friendly. This also made me appreciate riding the inland Oregon route because not many cyclists do it. I bet you many motorists we passed had maybe never seen anything like 15 cyclists riding together. The ocean route is much more popular. 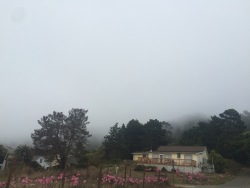 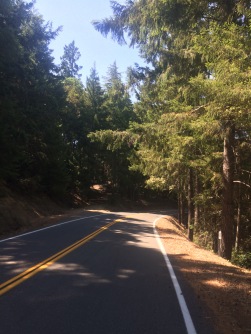 So the coast was incredible. I loved hearing the ocean and climbing hills, like hills we had never climbed before. We passed many tiny towns, art was prevalent in the towns we passed through. Lots of artist coops and collectives. We met so many nice people and had epic camping spots. 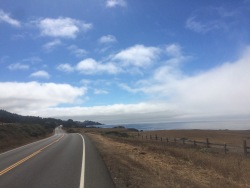 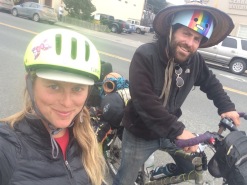 We were on the coast for about a week and a half and I loved it all. Defiantly a lot of hills and crazy climbing. Did I mention that we weighed our bicycles and they ranged from 140-180 pounds? Crazy! 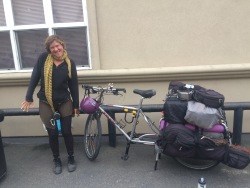