I planned for one or two days in the city of Buenos Aires before arriving. Well, as most of my travels it turned into 3 weeks. I stumbled upon a lovely friend named Emilia, a native of Buenos Aires; she offered to take me in for ¨one night¨. The universe sends us what we need in the right time and Emilia was it for me. I was feeling tired, I wanted a travel buddy and was thinking I wanted to change a little bit how I was feeling. Emilia was not exactly what I expected, but so much more than what I could of imagined. You could call her a ¨soul friend¨ as we just clicked and I was recharged. Nights out, theater parties, coffee dates, going to plays, dressing up, dressing down, potlucks, cooking meals together, going through a break up together, going to her cabin, meeting new friends, hanging out with her family and just plain living life in the present together, we both found a friendship that will last lifetimes. Really beautiful. 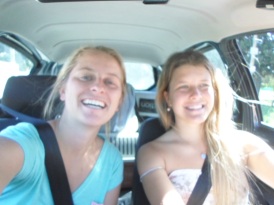 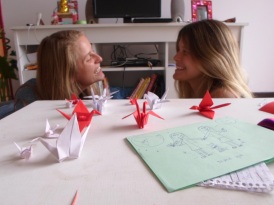 I celebrated mother’s day with her family, her mother’s birthday and just little visits with her grandmother, uncle and extended family. Being in Buenos Aires for me was more like a vacation for travelling. I felt so at home, and like I was visiting a family. They really took me in and I could feel all the love and sincerity. 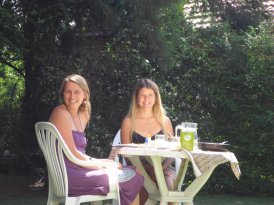 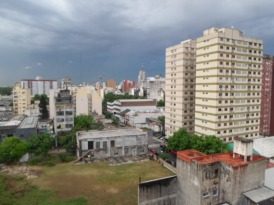 Emilia changed the way I look at travelers and opened me up to be more accepting and nonjudgmental of people. She has inspired me to take couchsurfers (people who crash on your couch) when I go back home and she gave me a new inspiration to travel and a zing back in my enthusiasm for life! I hope to meet up with her in the North of South America. 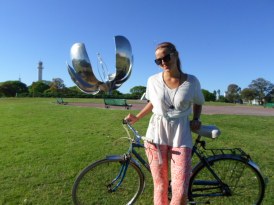 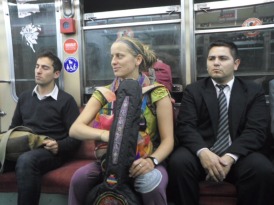 Emilia lived in the neighborhood of Palermo, great area. Super trendy, cafe shops that I would hang in for hours, really interesting murals and great energy. Oh and she also had a cat named ¨Luz¨ (light) who became my good friend. 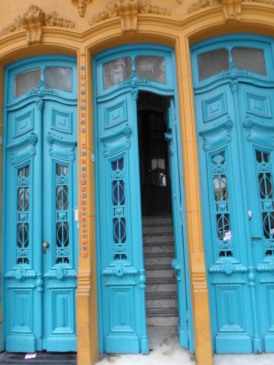 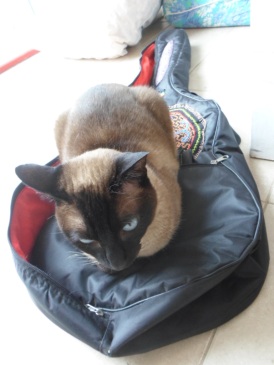 At first Buenos Aires reminded me so much of being at home in the States because of its fast paced, stylish and modern lifestyle. The transit subway ¨Subte¨ throughout the city is super easy to use to get around and the city is also bike friendly lined with green pathways. There is a strong Spanish, French and European influence. The architecture is modern; some parts reminded me of San Francisco and some of Times Square in New York. There is a street called 9 de Julio that is the widest street in the world. Huge! I could not believe I was in Argentina. So different than the rest of South America! 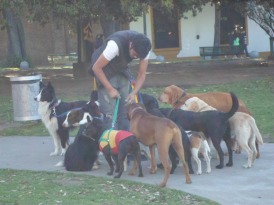 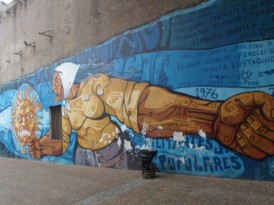 The animals in BA are treated differently as well. It seems as if everyone has a pet and there are tons of dog walkers. I could not handle how amazing it was to see these dog walkers. So serious. 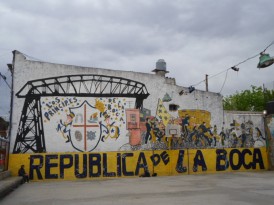 My friend Courtney from preschool ended up coming to travel and visit with me for a little over a week. We explored parks, saw some an amazing play and a horrible play and it was beautiful to catch up. She stayed in the same place I was, at Emilia’s. 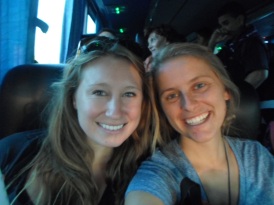 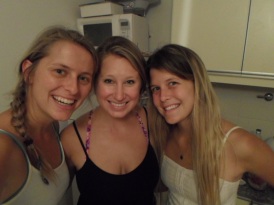 The two of us stayed at a Yoga Farm for a couple of days. We worked 4.5 hours in the morning, got 4 vegan meals a day, yoga and meditation. The farm was called “Eco Yoga Farm” and was located about 1.5 hours from Buenos Aires by bus and taxi. It was a nice break, met some cute animals and worked hard hours. We only stayed a couple of days but it was nice to get out of the city. Being with a friend who I have known since I can remember was also a great reminder of home and to see how much each of us has changed was incredible.

On a logistical note I broke my guitar a little while ago and I got it fixed in BA. It takes five days. It broke while I was travelling. Probably from a corner that I knocked into. So for $200 AR Pesos ($22 USD) and got the whole thing fixed! The front part of the guitar, just snapped in half. 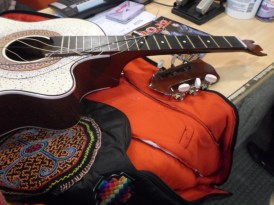